It’s that time of year when all of the back to school sales are winding down and the big yellow buses are making traffic stop on rural roads everywhere. I see signs up that say “School is back in session, drive carefully.”

While I understand their meaning – you should drive carefully as there will be kids waiting for buses near the roads and school buses driving slowly, it still makes me stop and think. Why wouldn’t you drive carefully when school isn’t in session? Isn’t that when the kids are out and about more?

Personally I have been going for a lot of walks lately (in an attempt to be more healthy) and I know that two weeks ago I saw a lot more kids out than I have this week. As for my family I don’t really think of it as going back to school, because we didn’t leave school.  Just because it’s summer, doesn’t mean the kids stop learning things. Granted we don’t do as much formal learning, but they are still learning things.

I will say that I am looking forward to this year. This year we are finally out of the ancient world and the dark ages and we get to study US History! According to one of the websites on the Standards of Learning this year SixHands is (among other things) supposed to learn:

Another thing this website tells me is that he should be able to read on a 6th – 8th grade level. When looking further into this and their offered “materials” I was disappointed to learn that over 7 class periods they were expected to learn 4 vocabulary words, 2 of which are confederacy and union. If you live in PA and don’t know what the words confederacy and union are before you are in 8th grade, then you need to get out more. Bug has been to Gettysburg and he is only 6! In math the site talks about using the Pythagorean Theorem to solve problems. I have no problem with the Pythagorean Theorem, in fact I enjoy math. The problem I have is that I don’t see any place where the kids are supposed to learn who Pythagoras was (he was Greek by the way, and lived from around 570 BC – 495 BC) or anything about him or the fact the he may not have personally come up with the Pythagorean theorem, but it’s attributed to him.

Oh well – that’s why we homeschool.  Here is our plan for the year —

Beyond that, we will figure things out as we go along. SixHands will still be doing Boy Scouts as well as attending co-op classes. Now to go see what the state has to say about Princess . . . or maybe not.  🙂

Are there things that drive you a little nuts when you hear about them? What do you think about learning Interpersonal Skills?

mcrooker – Homeschooler on the Edge

I hope you enjoyed my Summertime Schooling Series on the HEAV Blog. As promised here is the awesome travel giveaway that I told you about. 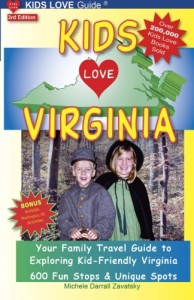 Want more ideas to plan your next family trip? Michele Z, the Family Travel Mom and author of KIDS LOVE TRAVEL guidebooks knows where to take the kids – on the cheap. Michele and her family have been to 5,000 places around the country testing destinations for kid-friendliness – on a budget. Take a look at organized  family travel mom review guides at www.kidslovetravel.com or your favorite book retailer and let YOUR next family adventure begin!