It’s been a bit cold this winter here in PA.  I am used to VA winters, which while they get cold, occasionally have warm days and the snow melts in between snow storms. Here in PA it’s considered warm when it is in the 20’s, that is because we can spend weeks at a time in the single digits. However, we (SixHands and I) did find something that we can actually do outside in the cold and we both like it.

Check out this cure for Cabin Fever – lots of sunshine, a brisk wind in your face and racing downhill at super sonic speeds. (ok, maybe not that fast, but it was still very cool)

Here is a view from the top looking down – You had an option of getting a slow tube (with a more rubbery bottom) or a fast tube (with a solid bottom). I picked a fast tube! 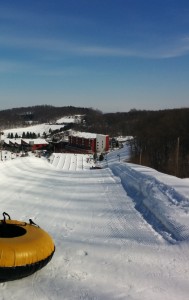 Here is a cool progression of shots – Watch the left hand lane, at first you don’t see anything, but trust me SixHands is at the top, then you will see the little black dot getting closer and closer – 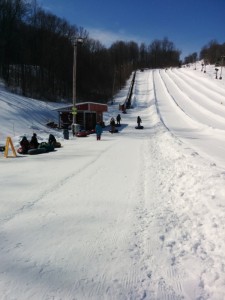 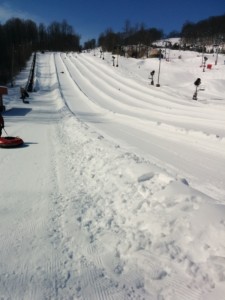 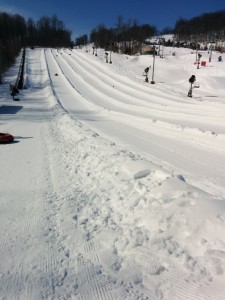 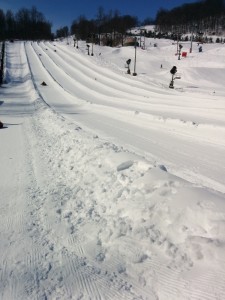 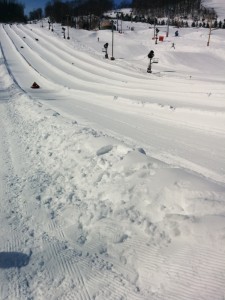 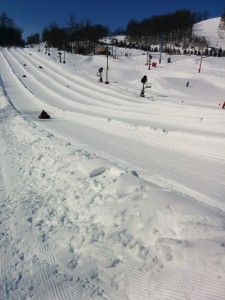 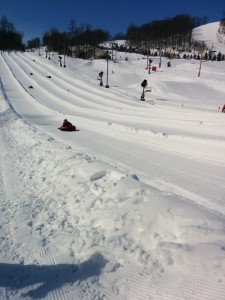 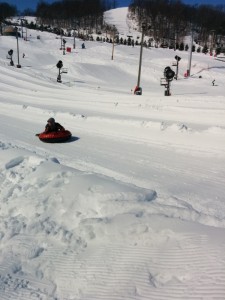 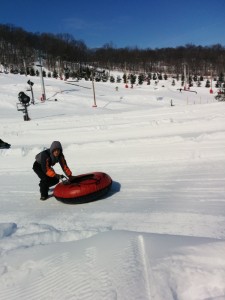 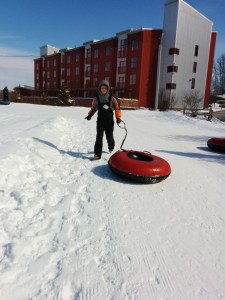 There are a number of options for indoor field trip. You can go to the museum, go to the library, visit a grocery store and see foods from different countries.  The trick in the winter though is finding a field trip that allows kids to exercise and burn off some of that energy that they would normally be able to expend playing outside.

Check out our Boy Scouts at SkyZone – It’s an indoor trampoline jumping facility. They have basketball, dodge ball and one area that is covered in trampolines, including along the walls. 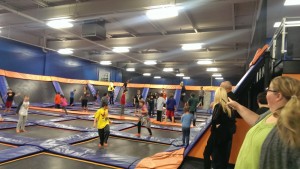 I have more pictures, but I also have Bible Study today so I wanted to at least get this picture in for now.

See you again next week when I “show you” our cure for cabin fever.

If you ask most kids this questions, they will respond with a resounding yes and while I am not advocating putting the kids in front of a screen 18 hours a day, there are times when it is helpful for mom and dad and when the games or videos are educational, so much the better.

Think about it this way – we want our kids to learn science because it helps them understand about the world around them, but sometimes science can be messy, and sometimes it is hard or impossible to demonstrate a certain principle.  After all, do you really want your kids to jump off of the roof to learn about gravity?  I’m going to say – no!

History is amazing, there have been a number of truly extraordinary things that have happened before you or I were around, however sometimes just reading about it in a book doesn’t do it justice. You get the idea. Learning should be fun, but you want their games to be somewhat educational at times.

The problem comes in though, how do you know which games are ok unless you play them yourself or get recommendations from someone.  That is where I come in – Here is a list of fun and entertaining and (gasp) educational games and apps.  I’ll even note which ones I enjoy playing if you want to give them a try. During this post I am going to focus on android apps rather than computer programs – if you are looking for good computer games check out Cool Math and Reading Eggs.  Cool Math is free and has lots of great puzzle and logic games as well as online math lessons. Reading Eggs is not free, but they have a trial version that you can check out and it has worked really well for Princess and Bug. I am sure there are a number of educational games for the iOS, but as we don’t have an iPad, iPod or iPhone, I don’t know those games. As far as other games we like to play – I’ll get to that hopefully sooner rather than later, but for now check out these fun and educational apps. 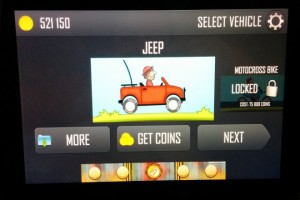 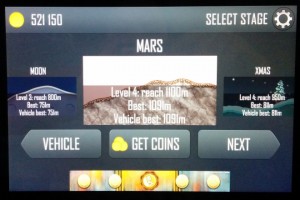 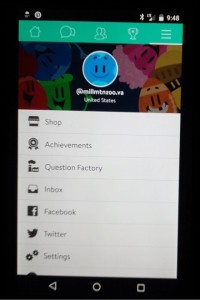 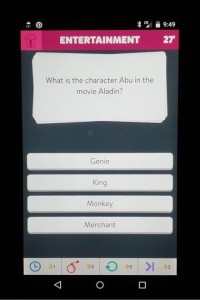 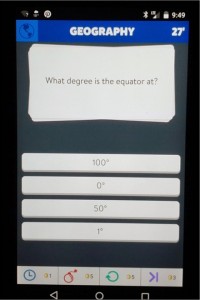 Cut the Rope by Zeptolab 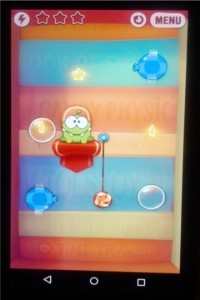 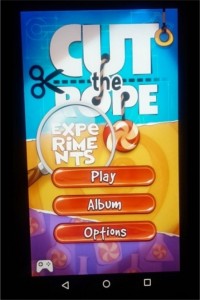 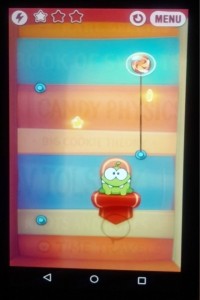 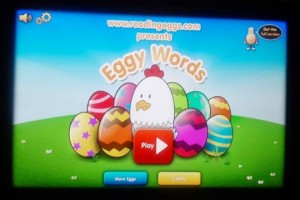 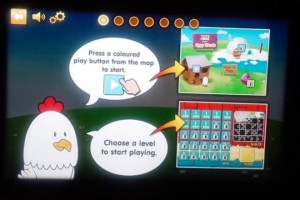 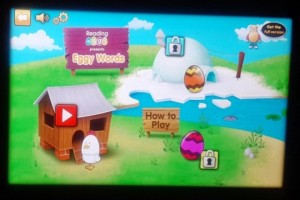 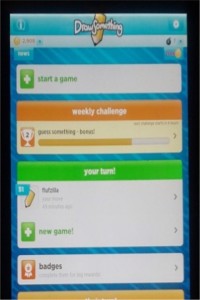 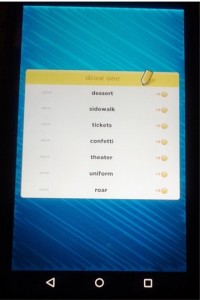 A few other apps you may want to check out are

mcrooker – Homeschooler on the Edge.